KIRIBATI ESTABLISHES DIPLOMATIC RELATIONS WITH THE KINGDOM OF NORWAY

KIRIBATI ESTABLISHES DIPLOMATIC RELATIONS WITH THE KINGDOM OF NORWAY

The Governments of the Republic of Kiribati and the Kingdom of Norway formalised diplomatic relations at a signing ceremony at the Rt. Honorable Dr Sir Tomasi Puapua Convention Centre in Funafuti on Saturday, 17th August 2019.

The signing ceremony was attended by officials of both countries at the margins of the recently concluded 50th Pacific Islands Leaders Meeting in Funafuti, Tuvalu. Beretitenti Maamau and Minister Søreide also held bilateral discussions on areas of mutual interest, with a view to strengthen cooperation and partnership between their peoples and countries. 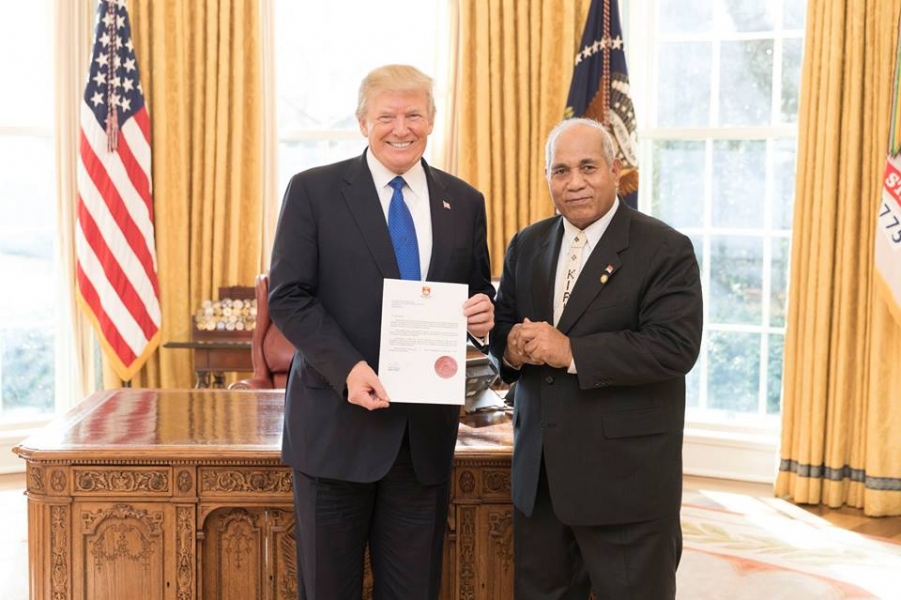